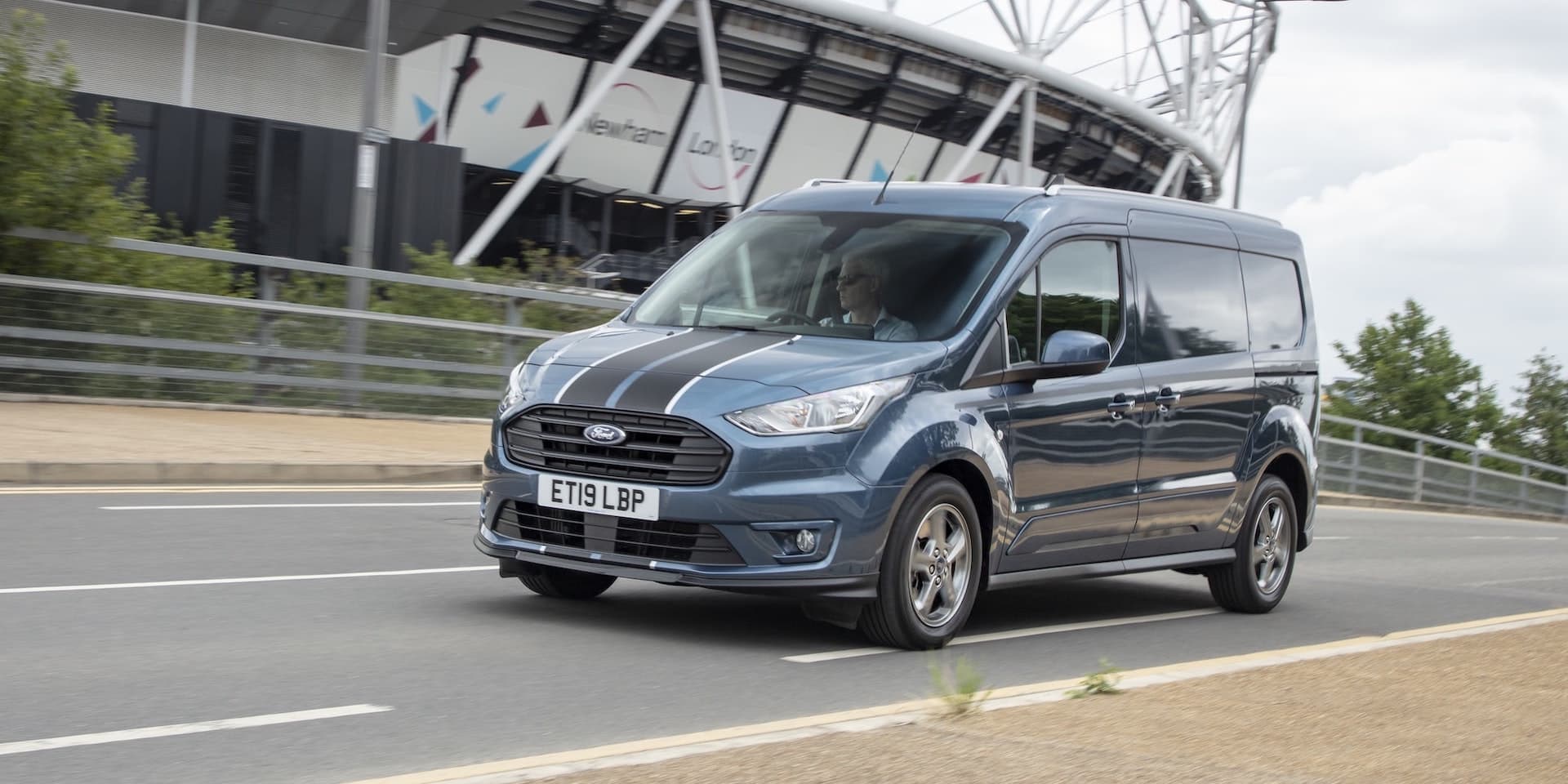 Sporty vans are becoming increasingly popular, but is the Ford Transit Connect Sport one you should be considering?

The word ‘sport’ somewhat clashes with the idea of a van. Though these commercial vehicles prioritise space and versatility, users are increasingly viewing them as not just a tool, but rather as a vehicle they actually want to be proud of and spend time in.

And right at the helm of this is Ford with its ‘Sport’ line-up. It’s particularly apparent on the larger and best-selling Transit Custom, but also on the smaller Transit Connect being tested here.

So, has Ford successfully mixed usability with the fun factor?

The past couple of years have been a busy few for Ford’s van division, with the manufacturer revamping and refreshing its entire commercial vehicle line-up – including the Transit Connect. Key to the latest update was a more stylish design, new technologies and more efficient powertrains, with the facelift arriving in the middle of 2018.

But it’s the Sport that’s the crème-de-la-crème of the Transit Connect world – offering cooler looks that make it rule the van catwalk (or more likely, the builders’ merchants’ car park). Changes to it include matt black sports stripes, 16-inch alloy wheels and silver and orange accents, as well as extra standard kit for the cabin.

If you think it’s impossible for a van to look cool, we reckon the Transit Connect Sport is the model to change your mind.

It’s ridiculous the effect that something as simple as a pair of racing stripes can have the look of a vehicle, but it really helps to transform the look of this compact van. Additional pinstriping also features on both sides of the van, too, while grey 16-inch alloy wheels add some sportier appeal, though we wouldn’t be too surprised if some buyers fit larger aftermarket alloy wheels to enhance the look.

In short, if you’re wanting one of the most visually appealing vans on sale today, the Transit Connect Sport is one to go for.

Sitting at the top of the Transit Connect Sport, this is a model that looks rather pricey next to lesser grades, with the Sport range starting from just over £21,266.36 (excluding VAT) next to £16,526.36 for the regular van.

On the plus side, you do get plenty of kit as standard to help justify the price. On top of the sporty extras, it featured keyless start, cruise control and dual-zone climate control, and truly leaves you wanting for very little.

The interior of the Transit Connect Sport really doesn’t look too dissimilar upfront to that of the Fiesta, with a clear layout and easy-to-read dials.

Standard versions get a small four-inch screen with DAB digital radio and Bluetooth, though our test van came with the optional Sync 3 touchscreen. While pricey at £936 (including rear parking sensors, sat nav and a reversing camera, too), it’s an option box worth ticking. Sport versions also benefit from part leather, too.

Elsewhere the interior feels well-built and reassuringly sturdy. It also scores on the practicality front and is available in two body lengths (shorter L1 and longer L2). A single sliding door is wide enough to load a euro pallet, while various bulkhead options are offered, depending on what you’re using it for.

In L2 form, you also have more than 2.1m of load bay to utilise.

What’s under the bonnet?

First things first that we need to get out of the way, this is a ‘Sport’ van in name only. Think of it like the AMG-Line of the van world.

So rather than finding a punchy 2.0-litre unit pushing out 200hp under the bonnet, instead is a 1.5-litre diesel unit. That said, with 120hp and 270Nm of torque on tap, it still has a kick to it, and it’s also the most powerful iteration of this engine. Power is sent the front wheels via a superb six-speed manual transmission.

It also scores on the efficiency front, with Ford claiming up to 61.4mpg, and while low-50s are more likely, it still makes the Transit Connect especially good on fuel. CO2 emissions stand at 130g/km.

So, while ‘Sport’ might not equate to any dynamic tweaks, jump behind the wheel and you’ll realise that Ford didn’t need to do anything different to this version, as the Transport Connect is excellent to drive. Not just by van standards, either, but compared to cars, too.

The engine delivers all the punch you would ever realistically demand, though does have a few flat spots through the rev band that require you to drop down a gear. But in terms of handling, no van in the Connect’s class can even get close to it.

The steering has plenty of feel to it, it doesn’t roll through the corners as much as you might expect, and most surprising for a van, it’s fun too. Admittedly, you’ll want to strap down any loose items before putting your toe down.

If such a thing exists, the Transit Connect Sport is a van you can buy with your heart rather than your head. Weigh up whether you really need a van with racing stripes, part-leather seats and big alloy wheels and the answer is probably a resounding no.

But do you want one? It’s probably a resounding yes. Given the Transit Connect is already the best van in its class to drive, it makes perfect sense to give it a sportier look, and easily makes it one of the most appealing vans on sale today.

Ted Welford
Articles by Ted Welford are provided for The Van Expert by PA Media (formerly the Press Association), including news, new LCV reviews and other automotive features.

What are your thoughts? Let us know below. Cancel reply

Stay up to date with all the latest advice with The Van Expert newsletter.
Essential LCV buying and LCV finance advice, plus the latest news and reviews.

This site uses cookies to improve your experience. Read more.